Tara Lemus, Health & Wellness Lead Receptionist, is an individual one might call a “Jill of all trades.”

A Forest team member for nearly two decades, she has filled many roles on campus. First, as a Café Server beginning in December 2002, she served meals, performed short order cooking and frying, prepped the salad bar, and cleaned. Indeed, it was a lot of work, but it certainly helped Tara get her feet wet in the service oriented nature of our continuing care retirement community.

Next, still part of the Dining Services team, she made her way over to Waitstaff, where she provided formal table service to residents. One summer, not long after taking this job, Tara was asked to join Health Care Services as a Diet Aide, and she found the perfect home team for herself at The Forest. 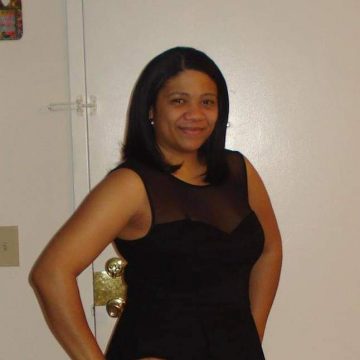 Tara filled all three of her first several roles on campus within three and a half years. During this time, for extra hours, she also helped Dining Services with salad prep in the main kitchen for extra hours.

In 2006, thanks to her tireless work ethic and know-how, she was promoted to Diet Aide Supervisor – a position she held for three years. With this, she held a lot of responsibility, pitching in as a servant leader and doing what she could to support her team if ever someone called out. Wearing many hats, she cooked (self-admittedly, not her strong suit), washed dishes, and filled Café and Diet Aide positions to keep things running smoothly.

Tara has lived in Durham for the last 26 years, and to save time, she just tells people she’s from the area. In reality, her father’s family is in Indiana, and her mother’s side lives locally. At a year old, Tara resided in Japan with her parents and older sister when her dad, a Marine, was stationed there for a while. One of her two younger brothers was even born on base. The family returned to North Carolina not long afterward.

After graduating from Durham’s Jordan High School, Tara studied elementary education at North Carolina Central University. While she had dreams of becoming a kindergarten teacher, she admits that she “got derailed and only completed two years” of this path. All the while, beginning at age 17, she entered and became established in her very first job at The Forest at Duke – something she heard about by word of mouth at school. “I have literally spent half of my life here!” she proudly remarks.

Service as a top priority

No one at The Forest would question Tara’s commitment or character. She is known for her dedication to her work and passion for the people she serves. “I believe that if you’re going to invest your time into anything, you should do your best with it,” Tara states. “Otherwise, why are you doing it? I’ve never treated anything as ‘just a job.’” 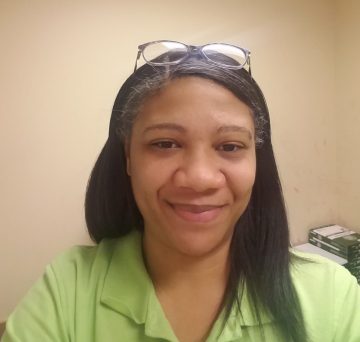 In all of her roles on campus, particularly now as the Health & Wellness Lead Receptionist, Tara has recognized the importance of her follow through. “People literally depend on us,” she shares. “You should always take pride in what you’re doing.”

Tara has a vested interest in making sure that her corner of The Forest runs as smoothly as possible. As such, she takes it upon herself to ensure that her teammates have everything they need to care for residents and that the residents themselves are as happy as possible.

Her favorite thing about the job? “Being ‘centrally located’ to talk to my residents, [because] they tell great stories!” she declares. She also values the relationships she shares with her colleagues, acknowledging that everyone brings something different to The Forest, ultimately contributing to a “great and supportive work environment.”

While Tara admits that she talks a lot at work and finds her work rewarding in many ways, this team member really enjoys relaxing alone when she leaves her post. Reading favorite authors like J. R. Ward, completing jigsaw puzzles, watching television, and going outside for walks are among her most treasured pastimes.

Sadly, Tara’s beloved dog, a pit mix named Sadie Mae, was put down earlier this summer because of cancer. Before she lost her dear canine friend, Tara loved nothing more than to go home and snuggle on the couch with Sadie Mae.

Whenever she is able, Tara also loves spending time with her family. She absolutely adores her older sister, two brothers, and three nephews, calling them “my world.” In fact, during this strange era of COVID-19, one of her nephews helped her learn that singing the chorus of your favorite song works well to keep you washing your hands for the right amount of time.

As for the pandemic? Don’t expect panic or confusion from the likes of Tara. “Nothing has changed for me during COVID,” she smiles. “I’m a homebody – I trained for this!”