5 Reasons to Retire in a University Town

5 Reasons to Retire in a University Town 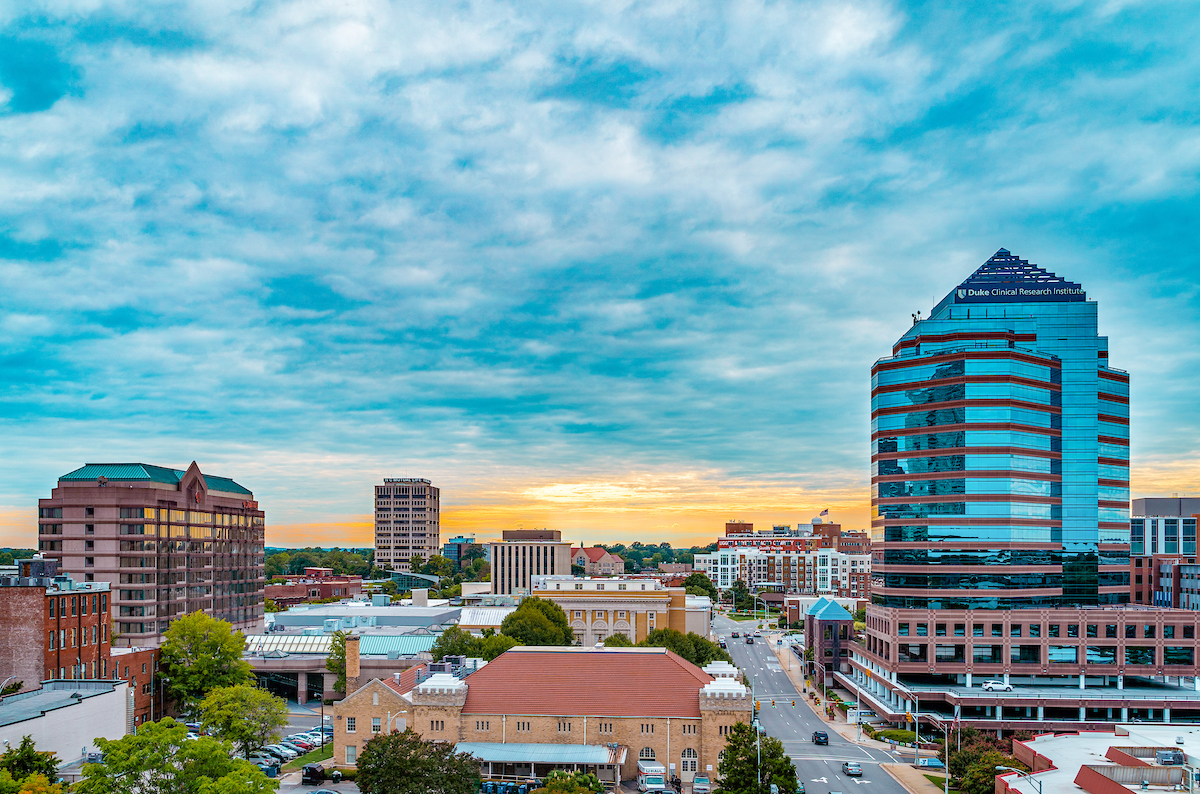 Where you choose to spend your retirement is a significant decision, and one of the most important you’ll ever make.

University towns are found throughout the country wherever institutions of higher learning funnel in a large percentage of a given city’s overall population. Not only will you see the expected 18- to 22-year-old range of traditional age students in such places, you’ll also find a host of remarkable people connected with the schools—faculty, donors, alums, and families. In the United States, there are 100+ university-based retirement communities. Many of these senior housing providers offer a full continuum of care (from independent living to assisting living and beyond), easy access to nearby universities and medical centers, and a sizable number of residents with an academic connection to the institution.

Beyond these things, university towns offer retirees boundless opportunities to enjoy the best of the best: lifelong learning, exciting athletic events, arts and innovation, world-class medical care, and vibrant cultural diversity. Durham, North Carolina, consistently listed by U.S. News & World Report as one of the Best Places to Retire in the U.S., is a highly educated university town that boasts all of these things and more.

1. You can add some more wrinkles to your brain with vast opportunities for lifelong learning.

While university towns are obvious educational hubs, chances to engage in the cultural exchange of ideas certainly isn’t lost after college. In places anchored by institutions of higher learning, opportunities for lifelong learning are plentiful.

Boasting a plethora of opportunities for furthering one’s education, Durham is home to the prestigious Duke University, consistently one of the nation’s top schools for traditional and continuing education; the world-class North Carolina Central University, the country’s first public liberal arts institution for African American students; as well as Durham Technical Community College, an institution of more than 50 years which offers affordable, specialized programming in career and technical education.

The Forest at Duke is proud to partner with the Osher Lifelong Learning Institute at Duke—OLLI, for short—which frequently hosts classes and lectures right here on our 47-acre campus. A learning community of nearly 1600 members, OLLI offers online and in-person courses for seniors, as well as social activities, hobby groups, computer clinics, volunteer projects, book clubs, and more.

Local attractions like Sarah P. Duke Gardens offer an array of adult programs. At the Gardens, you can grow the green thumb you’ve long dreamed of having! There you’ll discover classes, lectures, workshops, and free programs that lead participants in horticulture, home gardening, mindfulness, and the like.

2. With abundant sporting events close by, you can reignite your inner fan.

Colleges and universities accommodate a host of flourishing athletic programs and plenty of chances to enjoy great games in support of your favorite teams.

You can’t use “Duke” and “basketball” in the same sentence without acknowledging the Blue Devils’ unmatched college basketball rivalry with the neighboring UNC Tar Heels. With nationally recognized basketball teams at both schools, the annual Tobacco Road Showdown games are not to be missed!

We would be remiss to leave the award-winning Durham Bulls Athletic Club out of the conversation! The Durham Bulls, a Minor League Baseball team and AAA affiliate of the Tampa Bay Rays, gained international attention from the 1988 film Bull Durham, starring Kevin Costner, Tim Robbins, and Susan Sarandon. The Bulls play in Durham Bulls Athletic Park, a 10,000-seat stadium located in downtown Durham where themed nights (like Star Wars and Stranger Things), Friday night fireworks, and Bark in the Park (when you can bring your pup to the game) are events to remember.

Hockey fans will love Durham’s proximity to Raleigh’s PNC Arena, home to the National Hockey League’s Carolina Hurricanes. The Hurricanes earned North Carolina its first major professional sports championship in 2006 when they took home the Stanley Cup over the Edmonton Oilers. With fun music and an enthusiastic crowd, games are always thrilling, even for attendees with no prior understanding of ice hockey.

If you’re more into playing sports for yourself, you’ll love the Durham Senior Games & SilverArts event. An Olympic-style event coordinated by Durham Parks and Recreation, the program is sanctioned by North Carolina Senior Games, Inc. and sponsored statewide by the North Carolina Division of Aging. This event, held annually in the spring, promotes year-round health and competition for participants ages 50 and older. Seniors compete in croquet, basketball shooting, shuffleboard, pickleball, table tennis, and more. Heritage and visual arts are also part of the showcase, with winners chosen in Literary, Visual, Heritage, Local, Cheerleading, and Performing Arts categories.

3. University towns are fertile ground for arts and innovation.

Big-name colleges and universities like Duke draw top talent to the community at large, cultivating a network of international acclaim. It’s no surprise, then, that Durham is home to many incredible arts and innovation hubs.

Since opening in downtown Durham in 2008, the 2,700-seat Durham Performing Arts Center has garnered numerous awards and plenty of attention for its impressive attendance, gorgeous modern architecture, and remarkable season lineups. The venue has hosted hundreds of shows—including popular Broadway titles like Hamilton, The Lion King, Annie, and Les Misérables—as well as notable stand-up comedians, musicians, dancers, and more.

The 65,000 sq. ft. Nasher Museum of Art at Duke University opened to the public in 2005 and holds a great number of free performing arts events, social gatherings, lectures, and Family Days. Within the award-winning museum, exhibits feature both emerging and self-taught artists, as well as work by artists who live in North Carolina and the South who contribute to the surrounding creative community. Nasher’s leading-edge exhibitions often travel to global institutions and display African, American, European, and Latin American works.

The historic Carolina Theatre, built in 1926, has served the Durham community for more than nine decades. A space equally reserved for talent and nostalgia, Carolina Theatre boasts a lively schedule of concerts, films, and live performances. It even screened the world premiere of Durham-based baseball film Bull Durham in 1988! The venue also hosts the annual Full Frame Documentary Film Festival and the 88-year-old American Dance Festival.

Durham is home to hundreds of start-ups, as well as the Research Triangle Park (RTP), the largest continuously operating research park in North America. The RTP is home to 50,000+ employees and 300+ research, technology, and agriculture-biotechnology companies, including a number of Fortune 100 multinational research & development organizations. Covering 7,000 acres between Durham (its headquarters) and Raleigh, the RTP isn’t its own city, but it does have its own zip code.

Central to innovation and discovery, the Park recently drew one of the biggest tech companies in the world, Apple, while Downtown Durham attracted another: Google. Birthplace of the most-prescribed cancer drug of all time, the 3D ultrasound, industrial LED lighting, the UPC barcode, and the first drug effective against HIV/AIDS, the RTP is one of the most successful science parks in the world.

4. You’ll be in the best hands with world-renowned medical care.

Living in close proximity to universities can bring a wealth of health benefits, particularly in towns where those institutions are connected with the local health care system. For those who put down roots in Durham, this factor can be life-changing.

A national leader in health care, Durham has earned its reputation as the “City of Medicine” through a number of innovations and the world-class care offered to every patient within Duke Health. The largest employers in the city, Duke and Duke Health—the latter of which integrates Duke University Health System hospitals and clinics, Duke University School of Medicine, Duke-NUS Medical School, Duke University School of Nursing, and Duke Private Diagnostic Clinic—work to transform medicine and health locally and globally.

In addition to unmatched medical care, Duke Health is a celebrated center of scientific research, education, and advocacy. The organization has been awarded numerous accolades in its many years of service, including flagship Duke University Hospital’s 2022-2023 recognition by U.S. News & World Report as the #1 Best Hospital in North Carolina.

UNC Health and its hospitals, schools, and clinics consistently garner awards and recognition for their compassionate and comprehensive health care services. University of North Carolina Hospitals are acknowledged by U.S. News & World Report as the #2 Best Hospital in North Carolina for 2022-2023.

Adding to Durham’s distinction as a leader in health care, the Center for Innovation in Health Disparities Research (CIHDR) is a partnership between the Department of Nursing at Winston-Salem State University and North Carolina Central University and the UNC School of Nursing. The CIHDR serves to increase the number of minority nurse researchers, create programs for research in health disparities, and improve collaborations and research with minority populations and communities.

Like many other college towns, Durham has a bustling international community and embraces diversity. According to Discover Durham, the makeup of minority groups in Durham is greater than in any of the five largest cities in North Carolina (which also includes Charlotte, Raleigh, Greensboro, and Winston-Salem). The city is a gorgeous cultivation of the distinct histories, cultures, and languages of its many citizens and visitors, and actively facilitates intentional cultural education, exploration, and appreciation.

Offering a supportive, progressive environment to all who enter, when Durhamites say “y’all means all,” they mean it.

Throughout the year, the Bull City has a bustling calendar of events, with each program and function uniquely celebrating the diversity of the population. The city’s vibrancy is further bolstered by numerous Black-, Latinx-, LQBTQIA-, woman-, and other minority-owned businesses, with leaders and entrepreneurs from a rainbow of backgrounds.

Durham’s annual Pride event was established to celebrate and rejuvenate the spirits of the LGBTQ community. Featuring a parade, music, food trucks, vendors, a crowd of cheerful supporters, and so much more, Pride is a surefire place to find nothing but love and warmth from Durhamites and those who travel to attend the festivities. The OUTSOUTH Queer Film Festival, a yearly event held at the Carolina Theatre, is the second largest LGBTQ+ film festival in the Southeast. Featuring a diverse array of shorts, documentaries, and feature films, OUTSOUTH has drawn thousands of patrons to downtown Durham every year since 1995.

With a Latinx population of approximately 40,000 residents, Durham has a multitude of grocery stores, food trucks, bakeries, stops, and restaurants that represent and share many of the unique cultures and traditions they bring from 33 Central and South American nations. One such example, So Good Pupusas, touts itself as “a taste of El Salvador with a side of social justice” and serves traditional cuisine from the owners’ home country. This food truck supports the mission of its nonprofit partner, Pupusas for Education, which funds enrichment opportunities and furnishes scholarships to documented and DACAmented students so that they can attend any higher education institution or program.

Interested in learning more about retirement in Durham? We’d love to talk with you and answer your questions! Feel free to reach out to The Forest at Duke’s Sales & Marketing team by completing our web inquiry form, or joining an upcoming event. You may also call us toll-free at 1-800-278-9729. One of our expert Sales Counselors will reach out shortly to see how we can best assist you.

We look forward to showing you the many wonderful things Durham and The Forest at Duke have to offer!